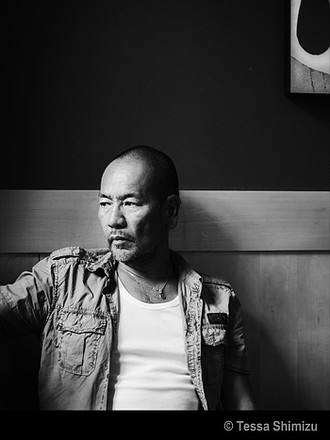 Yoshi Shimizu is a professional freelance photographer with 30 years of experience, half of which have been spent in the field in developing countries, covering humanitarian and social issues. He has travelled to over 75 countries, collaborating with the Red Cross as well as other humanitarian NGOs and international organizations. He is also a gifted artist and has developed a large collection of personal work, including portraits, street photography, landscapes, cultural and abstract themes. For the first time, he is making these more intimate photographs available to the public.

Yoshi Shimizu grew up in Japan and, at 19, went to study in the United States. He studied fine art photography in San Francisco where, as a staff photographer for his university newspaper, he also trained in photojournalism. His professional career began in the late 1980s in New York City where, after assisting several established photographers, he worked as a freelance editorial and corporate photographer.

He moved to Europe and became a chief photographer for the International Federation of Red Cross and Red Crescent Societies in Geneva, Switzerland, from 1995 to 2000. Since then, he has been working with the Red Cross as a freelancer, as well as with other organizations, such as Survival International, UNAIDS, the Global Fund, WHO, UNESCO, the World Scout Foundation and WWF, among others.

Yoshi Shimizu has covered the fates of ex-child combatants in Sierra Leone, victims of the Indian Ocean tsunami, indigenous tribes in Africa, Asia and Latin America, street children in Bangladesh, Kenya, El Salvador and Honduras as well as other social, health and development issues around the world.  His abiding empathy for his subjects is reflected in the compelling humanity of his photography.

Along with the convulsions of the planet, he has also been documenting humanity’s yearning for peace and harmony. His personal Intangible Cultural Heritage Photography Project, to preserve the fragile heritage of Indonesia, Bhutan and Bolivia, was exhibited at the United Nations European Headquarters, as well as private galleries in Geneva, between 2008 and 2011. This was endorsed by UNESCO, with technical support from Canon Europe. The Linden-Museum in Stuttgart, Germany presented some of his intangible cultural heritage work during an exhibition called “The World of Shadow Theatre” in October 2015.

In an exhibition held at the Cite du Temps in Geneva, Switzerland in the fall of 2015, Yoshi Shimizu captures the blooming of young violinists, aged 3 to 18, into full-fledged musicians.

His photographs have also been exhibited at the United Nations in Geneva, the Royal Palace in Stockholm, Sweden, and in Riyadh, Saudi Arabia.

He currently resides in Europe.